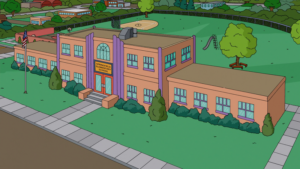 While Simpsons creator Matt Groening attended Ainsworth Grade School, the elementary school in The Simpsons is called Springfield Elementary. The schools have matching floor plans and similar facades. Both the fictional school and real school have experienced almost constant reductions in their budgets, with deferred maintenance and overcrowding the norm. Springfield Elementary is filled with asbestos, but the series has yet to touch on seismic problems, radon, or lead in the drinking water. Before Bart and Lisa attended the school, Skinner had the pool removed (perhaps based on one of the historic swim tanks at MLC/Couch, Shattuck, or Buckman schools). Groundskeeper Willie was the swim coach.

On June 15, 2011, before creating Slabtown Tours, owner Tanya March and friends Mary Ann Pastene and Rebecca Hamilton created and led the Pedalpalooza “Simpsons Streets and Alphabet Soup” bike route; the pop culture references were wrapped up with a stop at the NW Hostel to watch an episode of The Simpsons. 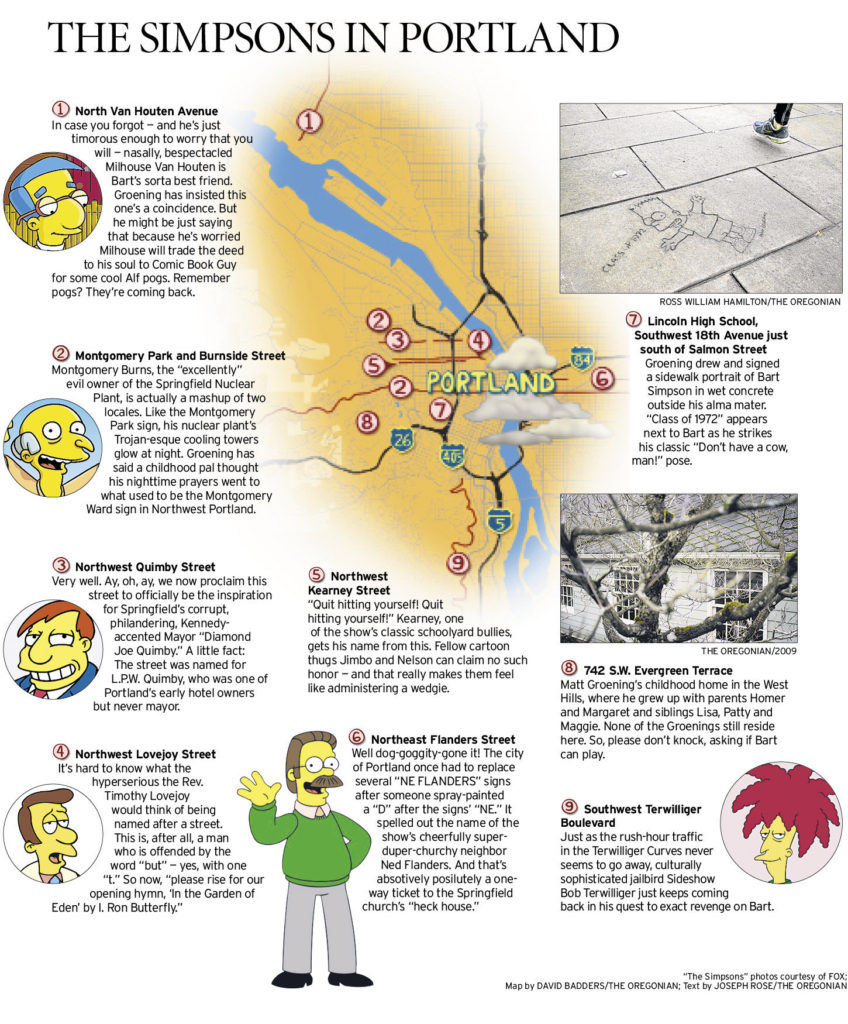